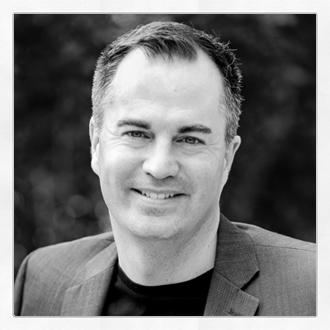 Voices.com started as a small recording studio, and pivoted into a two-sided marketplace for voice talent. Along the way, a thriving corporate business gained momentum. Read on to study the maneuvers.

David Ciccarelli: I was born and raised in Thunder Bay, Ontario. It’s a city of about a hundred thousand residents located just at the northern tips of the Lake Superior. Before graduating high school, mom and dad suggested to all the kids that we needed to go do some good to the world before university. They let us pick anywhere in the world that we wanted to go. They would pay for the plane ticket. I got out the globe and spun it. I found the complete polar opposite of Thunder Bay which was Perth, Australia. I spent a year with a group called Youth with a Mission.

Sramana Mitra: How long did that go on?

David Ciccarelli: That was a year-long program. I had an open-ended plane ticket. I used up every day of it. I hitchhiked around western Australia for the last month or so and got to learn what it was like to live on very little. I lived out of my backpack. I picked fruits and did all kinds of odd jobs to survive another day until I took a plane ride home.

Sramana Mitra: Where did you go to school after that?

David Ciccarelli: Growing up, I was very interested in three areas. Technology, of course. My dad had the first laptop I’d ever seen as well as the first mobile phone. It was a Nokia phone, which was one of the more modern ones at that time. I was fascinated with technology as well as music and the arts.

It’s that combination of business, technology, and arts which led me to a path where I discovered audio technology and audio recording engineering. I studied Audio Engineering at the Ontario Institute of Audio Recording Technology. It was a one-year dedicated program to learn the art and science of music and sound.

Sramana Mitra: What year are we talking?

Sramana Mitra: Did you start this company right after?

David Ciccarelli: I did. During school, a number of industry experts had come in. I was very intent on opening up my own recording studio. I wrote a business plan in a Word document and did all kinds of research to basically create the first mobile recording studio.

Before 2000, recording studios filled the whole room. My business plan included a list of all the audio recording equipment that I wanted to purchase. I used the plan to go to a local bank in Canada and make the pitch for what, ultimately, was a $15,000 loan. It was the seed funding to get the equipment to open a small studio.